Why say suspicious when you can say fishy? It’s a much more evocative word! This sense of fishy seems to come from the notion of slipperiness. 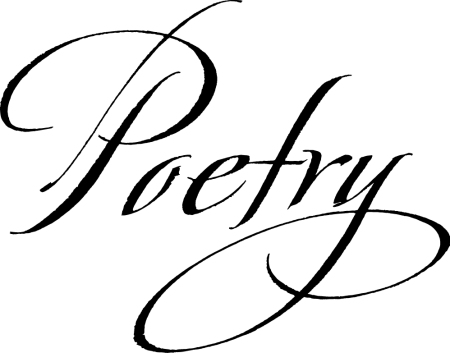 Poetry, poem, and poet feel like such basic words, and Old English had such a great poetic tradition. Therefore, it’s a little sad to realise that we borrowed these words.

The word poetry ultimately comes from the Greek root ποιεω poieō meaning ‘I make’. In Old English, we had the words metergeweorc “meter-work” meaning ‘verse’ and metercræft “meter-craft” meaning ‘art of versification’.

Some senses of the word meter are ultimately from Greek, but some senses are from Old English. The homeborn, Germanic word is mete + er, mete meaning to measure (as in “mete out justice”). Thus meter is also Saxon word.

Poetry isn’t really about riming, but about the metre, that is, the rhythm and stresses. Therefore, meterwork and metercraft work really well for the word poem and poetry respectively.

We also have the word skald which refers to a Scandinavian poet or singer of the Middle Ages — but we can easily take this word and update it for modern use (after all, “electric” comes from the Ancient Greek word meaning “amber”!) We might wish to spell this “scald” to show we have made the word English (and yes, the English word “scald” is indeed the same word as the Norse word skald! The link? Think how poets (and rappers) scald their opponents in verse).

Unlike in many languages, there is no deedword (verb) in English such as “poetrise”; that is, to do poetry. But with our Saxon forms about, we have no issue: both work and craft can be deedwords as well as namewords (nouns). So “I write poetry/I poetrise” could be “I meterwork/metercraft”.

The verb “to collaborate” can easily be put into plain English by saying “to work with”. Indeed, this is exactly what “collaborate” means in Latin: com– ‘with’ + labore ‘to work’. But what about “collaborator” and “collaboration”? The fairly useless word “collaborate” looks like it’s being buttressed by these two words, as well as by the negative, traitorous sense. Indeed, perhaps “collaborator” is slowly coming to mean something like “traitor”, and thus the time might be right for “collaborator” to be shuffled off.

We could turn the verb phrase “work with” into the phrasewords “withworker” and “withworking”. However, “with” when used as a kind of prefix actually means “against”; look at “withstand” (stand against, resist), “withhold” (hold back), and “withdraw” (draw back). The reason for this weirdly counter-intuitive situation is that in Old English, “with” (wiþ) meant ‘against’. The meaning of wiþ changed under the influence of phrases like “fight with”. The eremost (original) English word for the concept of “with” was “mid” — this still lives on in words like “midwife” (literally, ‘with wife/woman’).

So we have two choices here.