In America they have this thing called “Arbor Day”. It’s where they celebrate the wonder that is the tree. I love trees and celebrate them every day, a big part of my daily walks are just taking in and appreciating the trees. Not sure why we need to wait for the special day. Anyway, they call it “Arbor Day” because “arbor” is Latin for “tree”. But my thought has always been, “why not just call it ‘Tree Day’?”

Speaking of which, we have this word in English “arboretum“. I’ve never understood this word. I mean, the point of it, that is. It’s a “tree yard”, right, so let’s call it a treeyard, because that is what it is.

Here are more words from my notes, another hodgepodge of randomness. These are all words which are attested with these meanings in standard English. Enjoy!

Wanze is another great albeit no-longer-used word. It is the verbal form of “wane” in the same way that “cleanse” comes from “clean”, using the Old English verb-from-noun/adjective-forming suffix -sian. But how could we use this with a distinct meaning to “wane”? In Middle English, as a transitive, awanze meant to impair, diminish, to cause to lessen, to emaciate. Intransitively, it could mean to waste or wither away. Perhaps this could be some niche for (a)wanze, as well.

English has the Latinate word contain. What does contain actually mean? Spanish, a Latin language, also has this verb, contener, yet in Spanish the meaning is self-clear: con “with” + tener “have/hold”. Literally, “with-have” or “with-hold” (although note that “withhold” has quite a different meaning in English).

How do Germanic languages form a word for “contain”? Well, Swedish has inhåller, lit. “in-hold”. Dutch has inhouden, lit. “in-hold”. And German has… enthalten, which means… you get the point.

This glass inholds/holds half a pint in.

Sounds pretty good to me. As does “withinhold” or “hold within”, which perhaps makes the meaning more explicit.

This bucket withinholds/holds a gallon within.

Although, the simpler “hold” and “have” or “can hold/have” would often work better.

This bucket can have/can hold a gallon.

Derived words are easily formed, such as inholder and inholding. Not to forget other words we could use instead, such as “holder” or “box”.

In any case, with the words have and hold, and the Germanic formations inhold and hold in (and/or withinhold and hold within), I think we can do without the Latinish “contain”. 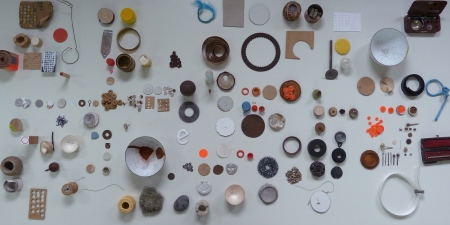 I was leafing through some old scraps of papers when I came across these sundry notes. These are just random snippets that are interesting. Enjoy!

* gain-, as in gainsay; use instead of contra-

* with-, as in withstand; use instead of contra-

* capital city in OE was heafodstol

* build up, heap up = accumulate

Sadly, I haven’t posted anything new on Wrixlings for more than month. Lack of time and a bunch of personal commitments were responsible. But it was nice to be busy with other stuff and have a hiatus. Or should that be break? I can’t really see the point in the word hiatus myself — but to make the user sound clever.

Break is actually quite a useful word, coming up in all sorts of compounds.

Breakup (noun) or break up (verb) means “to disintegrate / disintegration” and comes from the literal sense of breaking up plough land.

Breakdown (noun) or break down (verb), of course, means “collapse”: a mental breakdown, a machine breaking down.

Breakeven (adjective, noun) is the point outgoings and incomings meet.

Breakaway (noun, adjective) can mean succession, separation, departing from the normal routine, or a person who does any of these.

Breakout (noun): an escape, manifestation or appearance especially of a disease, an itemisaton; (adjective) sudden increase, advance, or success, as in “Tom Cruise’s breakout film was Top Gun“

Break in (noun, verb): unlawfully getting into someone’s home, car, office, and so on.

What a fruitful word!

This town’s name is quite interesting as it shows how the Norman’s mucked our speech up.

In the beginning, the town was “Scrobbesbyrig”.

The Normans couldn’t pronounce “scr-“, which was said more-or-less like the modern “shr”. So they spelt it, and said it, as “sr”. That also proved too hard for them, though, so they then changed it to “sar”. To make things worse, the sounds /n/, /l/, and /r/ often change their positions (“metathesis”) or swap for each other, hence Latin parabola but Spanish palabra and English palaver, or Spanish playa but Portuguese praia. Thus, Normanised “Saropesberie” became “Salopesberie” — and remember, the Old English form was “Scrobbesbyrig”! This is also why the shortening of the shire’s name, Shropshire, is “Salop.”

Lay folk carried on saying it as they always did. Throw in a few regular sound changes from the Middle Ages, such as b–>v–>u, and we got the modern pronunciations and spelling around 500 years ago.

Wow, did the Normans muck our speech up!

But what of the “right” way to say the town’s name: “Shrowesbury”, or “Shroosbury”? The simple answer is that both are right; enough folk say both to warrant both being considered right, and that includes folk who grew up in the town itself! But I reckon “Shrowesbury” might better represent the continuation of ancient “Scrobbesbyrig”, whereas “Shroosbury” looks to me like a spelling pronunciation based on the animal “shrew”. Look at the northern spelling pronunciations of “tong” (to rhyme with “long”) set against the southern pronunciation which rhymes with “young” and which represents a continuation of the original “tung” of Old English.

The moral of this tale is twofold. One, there isn’t always one right way of saying a word. Two, don’t get scribes who can’t speak the language to devise or modify a spelling system for it!

This is a really short post but, seriously, why say “miles per hour” or “once per day” when you can say “miles an hour” and “once a day/daily”?

The “a/an” we see here is not a corruption of “a/an”, but rather comes from the Old English for “on” which was an. It first meant “on (each)”, but in the end the meaning spread from times to measures, prices, places, and so on.

In other phrases, we might feel we still need “per”, but honestly, be brave! We don’t need it! Per annum, per diem, per capita, per se: all Latin. Just use the English when speaking English: a year/every year/once a year/by the year/yearly. And the same can be used of the others, too: a day, by (the) head, by itself. 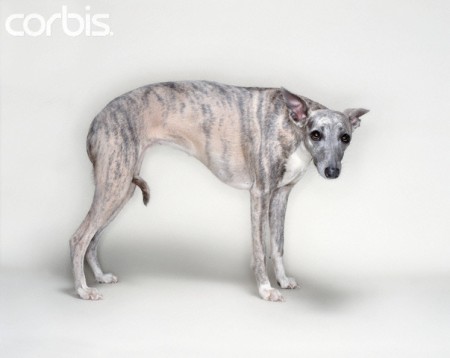 Coward is from Old French coart which comes from coe ‘tail’ from the Latin coda/cauda which also means ‘tail’. It has the agent affix -ard (as in “sluggard”, “drunkard”, and so on). The idea is the same as when we say “turn tail and run”, or how a dog will put its tail between its legs. So a good Saxon alternative to “coward” is surely tail-turner.