In America they have this thing called “Arbor Day”. It’s where they celebrate the wonder that is the tree. I love trees and celebrate them every day, a big part of my daily walks are just taking in and appreciating the trees. Not sure why we need to wait for the special day. Anyway, they call it “Arbor Day” because “arbor” is Latin for “tree”. But my thought has always been, “why not just call it ‘Tree Day’?”

Speaking of which, we have this word in English “arboretum“. I’ve never understood this word. I mean, the point of it, that is. It’s a “tree yard”, right, so let’s call it a treeyard, because that is what it is.

Here are more words from my notes, another hodgepodge of randomness. These are all words which are attested with these meanings in standard English. Enjoy!

Why say suspicious when you can say fishy? It’s a much more evocative word! This sense of fishy seems to come from the notion of slipperiness. 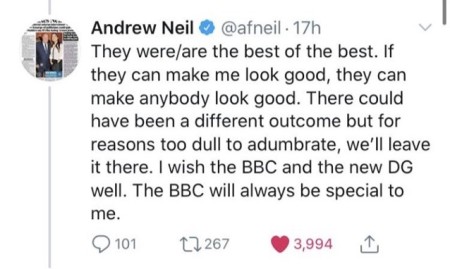 Andrew Neil is a wonderful journalist and interviewer, but what is not wonderful was the use of the word “adumbrate” which he used on the 25th of September 2020. What does “adumbrate” mean? It’s from the Latin adumbrat- meaning “shaded, shadowed”. It has three meanings in English: to overshadow, to foreshadow, and to outline. What is wrong with these fine Saxon words? Nothing. Let’s bin off this Latin monster and use our plain English instead.

Here are two lovely words we don’t hear enough: turnkey and sawbones. We may not hear them much nowadays, but their meaning is clear: “jailor” and “surgeon”. You might have wondered or forgotten why the doctor from the original  Star Trek was nicknamed “Bones”; well, here’s the reason. I just cannot get enough of lively words like these that bring a strong image to your mind’s eye. Why use the Latinate, more usual alternatives, when we have this kind of brilliant language to use instead?

Niche Topic: Much Thanks

This little blog of mine, Wrixlings / www.pureenglish.com, regularly gets dozens of hits a day and hundreds of hits a month. Given that I do not advertise this site, and I only tend to update it once or twice a month, and bearing in mind that it centres on a highly niche topic — a pure Saxon English –, I find the readership to be quite unbelievable.

So thank you to everyone who reads and (hopefully) enjoys this website every day! I dream of taking this site to the next level in more ways than one, but I just cannot find the time right now. “Anglish” is a lifetime obsession of mine, a meme I just cannot shake. I hope you all keep up this hobby (?mania) and carry on following this site.

My thanks to you all again!

The word deduct is very Latin-sounding. Which is no surprise, because it is Latin:

early 15c., from Latin deductus, past participle of deducere “lead down, bring away;” see deduce, with which it formerly was interchangeable. Technically, deduct refers to taking away portions or amounts; subtract to taking away numbers. Related: Deducted; deducting.
–Etymonline, http://etymonline.com/index.php?term=deduct&allowed_in_frame=0

The natural Saxon word would be “take away”. But it is interesting to see that “technically” deduct means to take away amounts, whereas subtract means to take away numbers. I’m not wholly sure if anyone follows this usage, to be honest. But if they do, us Anglishers have two options.

In option two, English has the handy little word “dock”. You can dock a tail, and you can dock wages. Both cases, we are taking about “portions or amounts”.

Therefore, it seems clear: in non-technical usage, both subtract and deduct can be replaced with either take away or dock, but in technical contexts, subtract becomes take away and deduct becomes dock.

One of the most well-known splits between US and UK spelling is the ending –o(u)r found in colour/color, honour/honor, valour/valor and so on. Whatever your opinion of either spelling, it should be noted that the forms are French and Latin and therefore should probably be taken out of Anglish. However, short of getting rid of every single word in the tongue which has this ending, which may not be possible, we need to face the need to make these forms more English. But how should we do this?

Broadly speaking, –our is French whereas –or is Latin. See the history from http://www.etymonline.com below. The English form for this sound in the position is almost always –er, as in teacher. Now, folk might not want to spell words like “colo(u)r” the logical English way, “culler”, as this Anglish movement is not primarily about spellings. But spellings are a part of the language. And many words simply cannot be taken out of the speech; even Icelandic and German have many outland borrowings. But there is no reason why the outland spelling should stay. Bear in mind that spellings like “onner” (for “hono(u)r”) are attested.

Folk may also complain that –er makes agent nouns (a “teacher” is one who teaches), and so spelling it “culler” might confuse issues with one who culls. But in any case, –er isn’t exclusive for agents, unless “butter” is someone who butts. And indeed, “butter” being one who butts is a perfectly legitimate word — none-the-less, context tells us what we mean.

So how’s this for an Anglish proposal? Where we cannot get rid of –o(u)r words, change the spelling to –er, particularly where the rest of the word doesn’t need changing at all: so maybe maybe not “culler”, but definitely “governer”.

-orword-forming element making nouns of quality, state, or condition, from Middle English -our, from Old French -our (Modern French -eur), from Latin -orem (nominative -or), a suffix added to past participle verbal stems. Also in some cases from Latin -atorem (nominative -ator).

In U.S., via Noah Webster, -or is nearly universal (but not in glamour, curious, generous), while in Britain -our is used in most cases (but with many exceptions: author, error, senator, ancestor, horror etc.). The -our form predominated after c. 1300, but Mencken reports that the first three folios of Shakespeare’s plays used both spellings indiscriminately and with equal frequency; only in the Fourth Folio of 1685 does -our become consistent.

A partial revival of -or on the Latin model took place from 16c. (governour began to lose its -u- 16c. and it was gone by 19c.), and also among phonetic spellers in both England and America (John Wesley wrote that -or was “a fashionable impropriety” in England in 1791).

Webster criticized the habit of deleting -u- in -our words in his first speller (“A Grammatical Institute of the English Language,” commonly called the Blue-Black Speller) in 1783. His own deletion of the -u- began with the revision of 1804, and was enshrined in the influential “Comprehensive Dictionary of the English Language” (1806), which also established in the U.S. -ic for British -ick and -er for -re, along with many other attempts at reformed spelling which never caught on (such as masheen for machine). His attempt to justify them on the grounds of etymology and the custom of great writers does not hold up.

Fowler notes the British drop the -u- when forming adjectives ending in -orous (humorous) and derivatives in -ation and -ize, in which cases the Latin origin is respected (such as vaporize). When the Americans began to consistently spell it one way, however, the British reflexively hardened their insistence on the other. “The American abolition of -our in such words as honour and favour has probably retarded rather than quickened English progress in the same direction.” [Fowler]