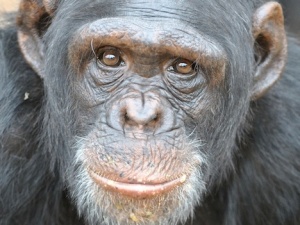 I spoke before about a different way to make Saxon/true English words. Instead of coming up with outlandish new words formed from pure Germanic roots, why not simply anglicise current words? For example, instead of replacing electricity with something odd albeit beautiful like ghostfire or sparkflow, why not merely call it “lecky” (that is, an anglicisation of ‘electricity’)? The advantage? Such words are more familiar, more likely to be adopted, and often already are in use. I call this process “bishop-shifting” on the analogy of what happened in English to the Greek word episkopos (–>bishop). I discuss bishop-shifting in detail here: https://wrixlings.wordpress.com/2012/12/12/bishop-shifting/.

One application of this idea is to animals. Here’s a few animal names that I’ve bishop-shifted.

alligator –> gator, gater
This might have the slight smack of the southern United States, but let’s not be prejudiced against Southern Americans. The form gator/gater is so thoroughly English-sounding, I think more people should use it (just as we gladly use chimp and others).

The word “alligator” actually comes from the Spanish el lagarto [de indias] “the lizard [of the indies]”. “Gater” is, therefore, a bishop-shifting exactly analogous to, well, “bishop”. That’s because English words are generally stressed on the first syllable, so the first stressed syllable is taken to be the beginning of the word, and the rest is lopped off: gator, piskop (bishop). Note also what is technically known as the “excrescent” r in the English form — we say “alligator”, not “alligarto” which would be closer to the Spanish — just as “potato” and “fellow” have been altered to “tater” and “feller”.

cockroach –> roach
The word “cockroach” is already somewhat anglicised; it was borrowed from the Spanish cucaracha. But roach is a now commonly heard, even Englishier form.

crocodile –> croc
Ultimately from the Greek krokodilos meaning “pebbles-worm”, apparently from its habit of basking on pebbles. We might wish to fully make this English by spelling it ‘crock‘.

elephant –> elpend
This might seem like a weird one, but I include it for interest’s sake only. You see, elpend was the form in Old English! And ivory was known as elpendban: ‘elephant-bone’.

hippopotamus –> hippo
Note that “hippopotamus” comes from the Greek meaning “river-horse”, and was glossed in Old English as sæhengest* ‘sea-horse’. Hippo is, indeed, what I call this animal: I don’t remember the last time I said or heard hippopotamus when discussing the animal.

mosquito –> mozzie, skeeter
This Australian English word, mozzie, is a great example of bishop-shifting. I already use this myself; not from affectation, but because my whole family lived down under for years, and so it has always been a part of my wordhoard! The full form, mosquito, comes from the Spanish word meaning ‘little’ fly: mosca ‘fly’ + –ito diminutive suffix.

In the southern United States, they also have skeeter which is also lovely, but takes the other way round: lopping the beginning of the word off. Thanks to Natasha for pointing that one out.

Of course, we also have thoroughly English “midge” and “gnat”.

narwhal –> narwhale
A narwhal is a kind of whale with a long horn on its head. Truly majestic, like something from a middle-ages myth. The word comes from the Norse nahvalr which literally means ‘corpse-whale’ apparently due to the corpse-like colour of the whale’s skin. The spelling has already been made more English (hv->wh), so why not let’s go one step further? So narwhale is a half translation, just like English ‘iceberg’ which is from Dutch ijsberg which means ‘ice-mountain’.

The word pigeon comes from Old French and replaced the English word culver  (which was culufre in Old English), which itself was borrowed from Latin columbula(!) We do in truth have our own word for it, which is dove. The meaning of dove has now narrowed to a few kinds of pigeon in particular, pigeon being the general term (compare hound, which was formerly the overall word but now is only some kinds, dog being the overall word: altho note that “dog” has a murky birth but is likely homeborn in any case).

I try to use dove, and sometimes, half-jokingly, town-dove, street-dove, and rat-dove and ratty dove for the general greyish pigeons we get. Wood pideons, I always grew up calling woodies, or in Anglish wood doves.

But now to the bishop-shift. I have used, and heard from other people, the nonce/one-off word pidge enough times to put it in this list. It isn’t in the OED, but it is in Urban Dictionary.

rhinoceros –> rhino
This comes from the Greek meaning ‘nose-horned’. Who says the long form nowadays?

This may all seem boring compared to exotic-sounding formations such as riverhorse or pebble-worm (the meaning of ‘hippopotamus’ and crocodile’ in the original Greek). But are you really going to start calling them ‘pebble-worms’…? And ‘riverhorse’? They look more like ‘swamp-whales’, to me. But ‘croc’: that might be a passable, truly English form.

I’ll add to the list in this post periodically. So please, come back in about ten years to see how it’s grown. Or just suggest words yourself!

Footnote:
*That is, hengest as in Hengest and Horsa, the legendary brothers who led the Germanic conquest of Britain after the fall of Rome. Hengest meaning “horse” or “Stallion”, the English equivalent which lives on in Swedish as häst “horse”. Wow, this blog is so informative, eh.

This entry was posted on Wednesday, July 23rd, 2014 at 9:50 am and is filed under bishop-shifting, vocab. You can follow any responses to this entry through the RSS 2.0 feed. You can leave a response, or trackback from your own site.